Granny dog costs 300,000 husband for stray dog but has no money for surgery in 9 years 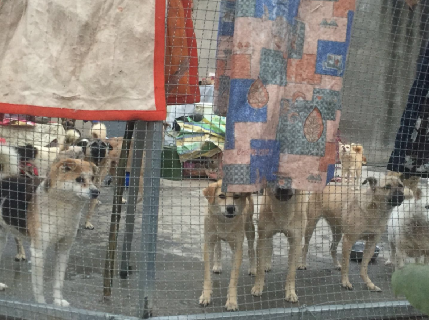 A set of houses, four dogs, a few cotton wool, a 63-year-old Li Shijun, living with a cane and a dog, and his wife Zhu Xiaoping will only sit here for a while after packing his stray dogs, and then return to the dog farm to continue caring She adopted 120 dogs. Before March of this year, Li Shijun and his wife lived in dog farms.

"I can't do anything, I can't do well, and it's tiring to keep a dog." Li Shijun said that on June 2 this year, he was admitted to the hospital due to lumbar spinal stenosis. Li Shijun had to choose to be discharged. "Adopting stray dogs for eight or nine years has thrown in more than 300,000. If you don't adopt stray dogs, you will definitely have money to see a doctor."

"It's tiring to cook a meal every day, so many dogs, so big." Li Shijun said that by March of this year, the two of them had adopted 120 stray dogs, but even so, his wife Zhu Xiaoping saw stray dogs outside, still Will hold it back. "It's been said many times that people should wear as many shoes as they have feet, and don't exceed their ability."

One day in March, the sky was bright. Before his wife got up, Li Shijun put on his salary card and ID card and ran secretly, and ran to his cousin's house to hide.

"I really can't do it, my back is sore, and I really don't have the energy." Li Shijun said that he was almost 64 years old. Even if he was working in the factory, it was enough to be 60 years old. He was old and sick. Work for stray dogs.

Zhu Xiaoping said that at that time, Li Shijun was dark and thin with a pale face. After getting up and finding that her husband was missing, she made no calls on several occasions, and she panicked.

"He took away his salary card and ID card. What should I do with so many dogs?" Zhu Xiaoping said, the phone finally got through, and the husband "please let go" on the phone, negotiate on the phone, and no longer live In the dog farm, you have to come out and rent a house.

Zhu Xiaoping agreed, and rented a set of Li Shijun to live alone in Honghe City Garden. Zhu Xiaoping still lives in a dog farm, and buys food for his husband every two or three days, and the husband still makes the meal himself.

"He can still move now. If he is really paralyzed in bed, I will talk about it again." Zhu Xiaoping said, looking at the dog farm, he couldn't leave the person at one and a half moments, and got up to catch the dog no matter how cold it was at night, otherwise these dogs would tear apart Bite and die.

On June 2 this year, Li Shijun was admitted to the hospital for back pain and was diagnosed with lumbar spinal stenosis. The hospital recommended surgery and lived for a week. Li Shijun took the initiative to leave the hospital. 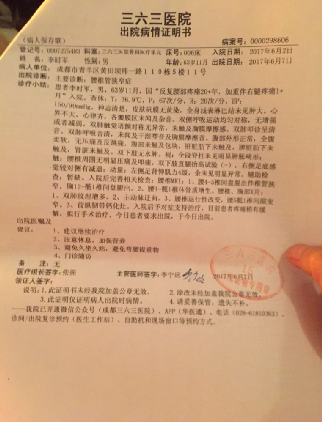 "There is no money at home. It costs 70,000 to 80,000. The monthly salary of the two of us is at the dog farm. Where does the money come from?" Li Shijun said. When he was upset, he would blame his wife. The two quarreled for a long time. I also understand that it is useless to say more.

With no money to see a doctor, Li Shijun never thought about divorce. His own retirement salary is much higher than Zhu Xiaoping's. If he runs away with his salary card, he can indeed live a better life.

"But without her, she has no daughter. I am alone and lonely. No one knows where to report when I die." Li Shijun said, not to mention that the couple has been in a relationship for more than 20 years, and the wife has always been softhearted when she sees a stray dog. At home, he can only assist her with the greatest ability. "Now I can't help, only one person comes out to live alone."

Even at this time, the two never thought about asking for help.

"Do good things without a name, or else people always say that we use dogs to cheat. What have we cheated? There is no house, no car, and no money to watch even the disease." Li Shijun comforted himself, anyway, he did not want to have surgery, It really takes someone to take care of him for a few months after the operation. Where does the money come from?

The illness has been dragging on like this. Until more than ten days ago, Zhu Xiaoping cried for help from a caring person. The dog farm was notified to move and must be moved within 15 days. Moving was a considerable expense, and her husband's "leave without permission" for six months It also made her feel unsustainable.

A caring person named Yang helped her, hired a 60-year-old worker for her, paid 2,000 yuan for it, and bought 10 bags of rice as dog food every month. With this funding, she re- A residential house on a mountain rented two houses, housing more than 120 dogs and more than 10 cats.

On December 25, a reporter from the Chengdu Commercial News came to Zhu Xiaoping's newly relocated dog farm. The two concrete buildings built colorful steel sheds, hidden in a bamboo forest, and looked a bit shabby. The reporter has not yet entered, and dozens of dogs are barking at the same time.

At 7 pm, Zhu Xiaoping and the reporter made an appointment to visit her husband, but waited more than an hour before Zhu Xiaoping left the door. "Every time someone calls me to go out slowly, it takes a long time, there is no way, they don't settle the dog for a good night and they have to fight."

Thirty minutes later, he arrived at the Honghe City Garden, and Li Shijun had not yet had dinner. This is a very narrow one-room house. After placing a cloth sofa in the living room, only two people can pass at the same time. Because the dog farm cannot be accommodated, Li Shijun also helps to take care of 4 dogs. When a guest arrives, Li Shijun holds one. A crutch went to boil water, and she was wearing a single garment, with a thin body. 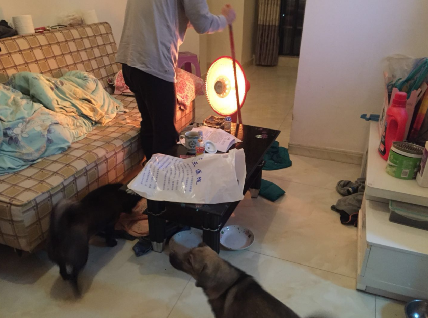 "Now I am much more relaxed. How many days do I have to live?" Li Shijun said, this way now "there is no way", his wife is soaking in the dog farm every day, now only four dogs with him every day, day The dog loved to bake fire when it was cold. He squeezed in a pile every day, and his heart became warm. "After all, it's a life, and it's pitiful that no one is in the sun and rain."

What about the future?

"What can I do? I've been feeding until the day I can't move. I've already taken that step, and I can't take it back." Zhu Xiaoping said that his family often talked about her, but no one could take her.

This time, because of the shooting of a video platform, once again attracted reporters.

"It wasn't our initiative to ask for help. If someone with good intentions really helped, I hope someone can help him with the surgery and lose the crutches." Zhu Xiaoping said, and helped buy a few bags of dog food to make her less stressed. At one point, she was satisfied.

The hospital kicked the pregnant nurse's wife? The beginning and end of the event